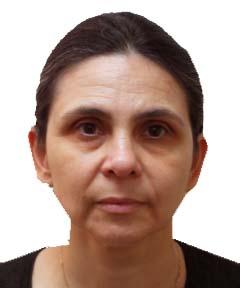 ¿RELIGION AS AN ALTERNATIVE WAY OUT OF CRIME IN PIURA JAIL¿

General Purpose of an 8-month project: Analysis of how different Churches (mainly Catholic and Evangelical) perform their pastoral task in an overcrowded Latin American jail, E. P. Piura (Establecimiento Penitenciario Piura). We plan to study what the various denominations have to offer to inmates, and how they interact among themselves. Additionally, we plan to study how they compensate for the deficiencies of State-led programs, focusing particularly on INPE (Instituto Nacional Penitenciario), an institution within the Justice Ministry that is in charge of prisons. In a continent where murder rates are the highest in the world, Evangelical Churches have become known for succeeding where other institutions have failed¿that is, they manage to offer criminals a safe alternative out of Mafia gangs through religious conversion. We intend to explore how and why this social process unfolds in the context of the Piura prison. As a field of research, E. P. Piura is uniquely fitting for this study. It was built in 1995 for 1370 inmates and now holds 3600. With its collapsing infrastructure, E. P. Piura may be considered a typical Latin American jail, and its smaller size enables a thorough investigation. Additionally, Piura is a medium sized city (half a million inhabitants), which also facilitates the work. For this project, I can rely on the help of a congregation involved in pastoral jail (Saint Joseph of Tarbes) and on the support of some evangelical Pastors (among them Pastor Samuel Asenjo who has been organizing pastoral programs in jail for several years).

Agreement Number 58-079 Transformation of lived religion in urban Latin America: A study of Contemporary Latin American's experience of the Transcendent